The Catalonia Institute for Energy Research, IREC (Institut de Recerca en Energia de Catalunya) was funded in 2008, and began its R+D activities in 2009. Since then IREC has been involved in several European and industrial projects. The main efforts of IREC have been centred on the improvement of the industrial competitiveness, not only by bringing new knowledge on materials science, physical chemistry of processes, heat and mass transfer phenomena, electrical and electronic engineering for energy devices and systems but also on transferring knowledge and technologies to disruptive innovations for relevant novel energy systems and smart energy management models increasing efficiency of the used energy.

The Group of Solar Energy Materials and Systems (SEMS), headed by Prof. Dr. Alejandro Pérez-Rodriguez (aperezr@irec.cat) belongs to the Area of Advanced Materials for Energy of IREC. The SEMS Group has a strong know-how and experience in the synthesis of kesterite semiconductors and a deep expertise in the development, fabrication and characterization of kesterite based PV devices, being one of the three leading European groups reporting the highest kesterite efficiencies without the use of hazardous compounds.

The main role of the IREC-SEMS group in INFINITE-CELL will be centred in the development of materials solutions for high efficiency wide band-gap kesterite based solar cells and implementation into tandem devices as top solar cell.

Stiftelsen for industriell og teknisk forskning (SINTEF) is the largest independent contract research organization in Scandinavia and the 4th largest in Europe. SINTEF has about 2000 employees. It is a multidisciplinary organisation with over 90% of the income coming from commissions from industry and public administration and from project funding from the Research Council of Norway. SINTEF Material and Chemistry has about 400 employees and focusing on materials related research, including materials for PV. Silicon is considered as a dominating PV material, therefore Si based PV is a prioritised area for SINTEF. The main role of SINTEF is the development of low cost thin film Si based advanced solar cell structures (bottom cells) using e-beam, magnetron and printing technologies. SINTEF will also work with the characterization of Si and CZTS materials, as well as with integration of CZTS based structures with bottom Si based solar cells. 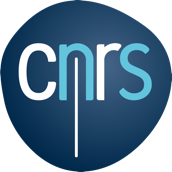 CNRS is a public organization under the responsibility of the French Ministry of Education and Research. Its mission is to contribute to the application and promotion of research results, to develop scientific information and to support research training. As the largest fundamental research organization in Europe, CNRS carries out research in all fields of knowledge, through its different institutes and laboratories. For this proposal CNRS is represented by ICube (Institut d'Électronique du Solide et des Systèmes), IPCMS (Institut de Physique et Chimie des Matériaux de Strasbourg Univ.) and CEMHTI (Conditions Extrêmes et Matériaux: Hautes Température et Irradiation, Orléans).

ICube research activities extend from solid-state electronics to electronics of systems. Including materials and nanotechnologies for electronics, materials and concepts for photovoltaics (PV), instrumentations and microsystems. ICube offers training on materials/devices for inorganic and organic PV.

IPCMS activities are devoted to new materials and cutting edge technologies to tackle key issues in optics, electronics, PV, magnetism, and nanosciences. Currently, it aims to develop and study nanostructured materials at the forefront of societal communication technologies, energy and health. The team involved in the project has a long experience in the chemical and physical growth of thin films oxides for PV, more specifically for structural, electrical and particularly the optical properties for photon conversion.

CEMHTI studies glasses, materials for energy (including electronics and photovoltaics).

The UAM is an internationally recognized university both in research and teaching, and is considered as one of the best universities during 50 years in the world. The Photovoltaic Materials Group (PVMG), involved in this project has a strong background and expertise in the synthesis and characterization of PV materials, including chalcopyrite and kesterite both in bulk and thin film.

Institute of Applied Physics of the Academy of Sciences of Moldova (IAP- ASM) is the largest physical institution in the Republic of Moldova with a strong leadership potential in the fields of physics of condensed matter and materials science. The Laboratory Materials for Photovoltaic and Photonics (LMPP) is a part of IAP-ASM, and has made a significant contribution to the development of science and economy in Moldova. Researchers from the IAP-ASM have a strong collaboration with academic institutes from France, Germany, USA, Spain etc.

Helmholtz-Zentrum Berlin (HZB) was founded in 2009 by the merger of the former Hahn-Meitner-Institute Berlin GmbH and the BESSY II synchrotron, is a member of the Helmholtz Foundation. HZB's mission is to research on energy materials and operate two large-scale facilities BER II and BESSY II for the local and the international scientific user community in the research fields: "Matter and Energy. HZB has extensive experience in the characterization of thin film materials for applications in photovoltaics, solar fuels, and catalysis, and optical devices. Considerable focus of the research efforts has been on gaining an understanding of growth processes for high quality semiconductor thin films as this is considered a prerequisite for the development of scalable and economic thin film deposition. In the project HZB will be to apply advanced structural and optoelectronic characterization and analysis methods specifically developed for thin film multinary semiconductors.

MAScIR is non-profit organization and a key contributor to the development of a market-driven science and technology in Morocco and the region. MAScIR (www.mascir.com) provides technology development and innovation services to partners and clients in different research areas including energy, environment and health. Since its creation in 2007, it has assembled world-class research and management teams, it counts over than hundred scientists and engineers, who work in state-of-the-art labs, using best practices to provide innovative solutions, respond to industry demand and address social needs.  From materials and nanotechnology, including optics & photonics, to microelectronics and biotechnology, research teams at MAScIR are partnering with universities, institutes and industry to deliver technology innovations and create greater value for its customers. MAScIR has an international network for research as, for example, the twining with Osaka University, Japan Photonics Advanced Research Center, and the membership with the African Laser Center in South Africa.

One of the priorities of MAScIR is to develop and study energy technologies; e.g. solar energy with components in thin film photovoltaic and thermal solar concentrators. Solar energy is the most attractive renewable source that needs to be developed in Morocco which presents an ideal zone due to its large solar potential areas of high insulation. As part of its strategy towards sustainable development, Morocco takes advantage of its abundant solar resources and gives priority to developing renewable energies.

The main role of MAScIR in INFINITE-CELL will be focused in the development of wide band-gap kesterite based solar cells by chemical way as well as TCOs and characterization of optical, electrical and structural properties of thin films for PV applications.

3.     Other projects related to plasmonics and sensing funded by Moroccan Ministry of Research and Education and Osaka University, Japan.

Belarusian State University of Informatics and Radioelectronics (BSU-IR) is the leading High Education Institution in the Republic of Belarus. Researchers from the Department of Chemistry and Information Protection of BSUIR have a strong collaboration with academic institutes from Germany, Spain, UK and Russia. The Laboratory of Prof. Ivan Bodnar (Single Crystals and Complex Semiconductor Compounds) grows single crystals and films for the photovoltaic.

University Mohammed V of Rabat (UM5) founded in 1957, University Mohammed V of Rabat (UM5R) is composed of 19 academic institutions and 8 Faculties (www.um5.ac.ma). It has a significant potential (2 311 professors, 1 294 administrative and technical staff, 70 755 students in 2014), prestigious academic institutions and experimented research structures. It offers 194 separate tracks for Bachelor and Master degrees. As to research, it includes 271 accredited research structures (72 laboratories and 195 research teams), 8 centers of excellence, 9 doctoral centers, 6 poles of national competence, a center for technological innovation and Innovation and an Incubation Center. It has concluded 1260 high-level agreements of cooperation at the national, regional and international level. It is involved in several bilateral and multilateral international cooperation programs (TEMPUS, PCRD, ERASMUS MUNDUS, VOLUBILIS, CMIME, ATLAS...). UM5 will act as an active partner in the INFINITE-CELL project within the consortium, and as one of the two research institutions representing Morocco. UM5 laboratory has long experience in the preparation of thin films for PV conversion like TCOs, Chalcopyrite materials films (CuInS2 and CuInSe2), II-VI films, ITO, F-SnO2 and ZnO doped with different elements like (F, In, rare-earth...).

The specific research activity that will be conducted at UM5R consists of the development of :

- Kesterite materials to be used as an active layer to integrate into the desired solar cell.

The company SunGa Srl. was set up in 2015 in the south of the Republic of Moldova, its name meaning 'using sun (solar) energy in Gagauzia (a constituent part of the Republic of Moldova). Since 2015, SunGa has become a trusted partner for solar energy education, research and collaboration to help the electric power sector deploy and integrate solar and other distributed energy resources. Among its activity areas are: generations and distribution (sale) of solar energy; setting up premises for testing solar panels made of from new materials. SunGa will contribute with the data and knowledge necessary to make smart decisions about solar power generation, distribution and energy storage.

The main aim of the company is to develop renewable energy generation (photovoltaic, solar thermal), energy savings (insulation materials) and environmental (passive house applications) technologies, as well as components, devices and equipment for energy applications, electronics and other areas of technological innovations. The company has a wide experience developing and assembling solar cells and novel flat panel and CPV modules.

University of Western Cape (UWC) in Cape Town, South Africa, is ranked 5th in Africa by Times Higher Education ranking of 2017. It is regarded as one of the top South African research-led universities which emphasises the importance of national and global partnerships in the realisation of its institutional operation plan for research and its sustainability. SensorLab is the research centre at UWC that will be involved in the INFINITE-CELL project. Research activities of SensorLab relate to the designing and production of composite materials, multi-metal nanoalloys, chalcogenides and perovskites for application in the construction of electro-catalytic reactors, photovoltaic cells and other energy-generating systems.